While taking tea with my former employee Mr. Cameron in London the other day, we mused upon the recent business in the Gulf of Mexico. It had not escaped either of us that someone we knew had substantial investments in the Macondo well operations that have gone so appallingly awry.

Young David produced a copy of the Congress report that I was able to peruse. One particular section he drew to my attention concerned the origins of the failed 'blow-out preventer'. Whose company do you think might have designed and provided the substandard equipment? Tracing the serial number of the item, one can ascertain that its origins lie with Gornt Deep-Sea Hydronautics of Manila.

And where might Quillan be at present? Not in Hong Kong, but 'touring the southern states', supposedly on holiday, but I think there might be an ulterior motive. However, Gornt has done a much better job than BP CEO Tony Hayward in keeping out of the limelight.

Still, we might yet see QG on the beaches, shovel in hand, trying to sway the media yet.

Hope you're enjoying your travels Quillan!

The Noble House sets the trend

As Tai-Pan of the Noble House, I made the decision to relocate our HQ to Europe nearly two years ago. Since then the wisdom of my decision has been vindicated by the situation back East; rising pollution, high speed railway related demolition and the like have made business in HK less and less profitable. Discussing the matter with fellow Tai-Pan and Entrepreneur Eustachian Tsang over a bottle of '84 DP on the deck of the Flying Cloud moored off St-Tropez this weekend, it seems other firms are now thinking of following suit. Not that I can blame him with conditions developing there as they are. I would welcome my old sparring partner to the shores of Europe; there's just not the competition here and no-one understands Hong Kong Rules.

I raised a toast with Tsang to the introduction of some decent competition in Europe, and as the sun beat down onto the clear blue waters (no plastic flotsam here, note), I really did not miss the throngs of mainland tourists that were not on the beach.

As Tai-Pan, I must categorically state that the Noble House has no dealings with Dubai World and that our businesses remain unaffected - we need no extension of our lines of credit. Readers may be interested to note Mr Gornt's proposed joint venture with Dubai World in Central (Rothwell Mansions) seems to be mysteriously quiet after nigh-on a year's work. After all, we all need another luxury flat complex here. Could this white elephant have broken the Dubai firm's back?

Foundations abandoned at Rothwell Mansions
Posted by Tai-Pan at 22:16 1 comment: 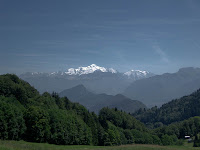 This month's Tai-Pan conference in Geneva saw The Noble House again flying in the face of the global recession and secure further business deals and interests which will garner profit admirably.

On the final day, business finished, the assembled Tai-Pans and European businessmen left the Beau-Rivage for some fillets de perche and Chasselais. When we arrived at the restaurant and were seated, however, we noticed that one of our number was missing. No prizes for guessing whom - our esteemed friend Mr. Quillan Gornt. Dinner continued without our companion, and our party decided to take a stroll along the waterfront where the Fetes de Geneve were taking place. And whom should we see there, you may enquire, but M. Gornt. He had seemingly monopolised an entire funfair dodgems ride and populated it with scantily clad young ladies of all varieties. He was screaming around the track, alternately swigging from a bottle of inferior champagne and shouting 'Vive la rue de Berne!' at the top of his voice, while ploughing into these poor girls in their cars. His extra mass left them little hope of a gentle nudge, but sent them flying and whirling at each contact. An amusing spectacle, but mildly embarrassing for Hong Kong's reputation in international business circles.

Geneva is the location for this August's Tai-Pan Conference. It is unknown whether Gornt has recovered his mental well-being enough since his 'funny turn' the other week when he invested several billion in yoga and 'hip-hop' dance schools.

The Noble House looks forward to a successful and prosperous session, with several high-importance deals lined up with Swiss companies.
Posted by Tai-Pan at 02:21 No comments:

As many of you already know, and have kindly demonstrated, today is my birthday. As Tai-Pan of The Noble House, I would like to extend my invitation to a champagne reception tonight at the Victoria and Albert hotel to celebrate (No presents please; donations to Struan's Hong Kong Architectural Heritage Society).

I look forward to celebrating another successful year with you all.

Good joss to one and all.

The V&A Bedecked in Birthday Celebration lights for The Tai-Pan
Posted by Tai-Pan at 08:53 No comments:

this past month's trip back home to Hong Kong for the AGM and Asian leg of the Tai-Pan Summit in Hanoi was, I am glad to report, despite swine flu, a great success for The Noble House. New friendships and ventures were struck and old ties reaffirmed, all of which are critical to our prosperity and future.

It has, however, reinforced the remoteness of my current situation to our roots in Hong Kong. For the time being, it is absolutely essential that I remain here in the low countries to lead our European business operations, but I will endeavour to return as soon as feasibly possible to re-assume my seat in the Great House and office in the Struan's building.

There is of course nulli secondis in oriente to The Noble House of Asia, nor to Hong Kong, and although a global firm, our futures are inextricably intertwined.

I wish you all the bet of joss.